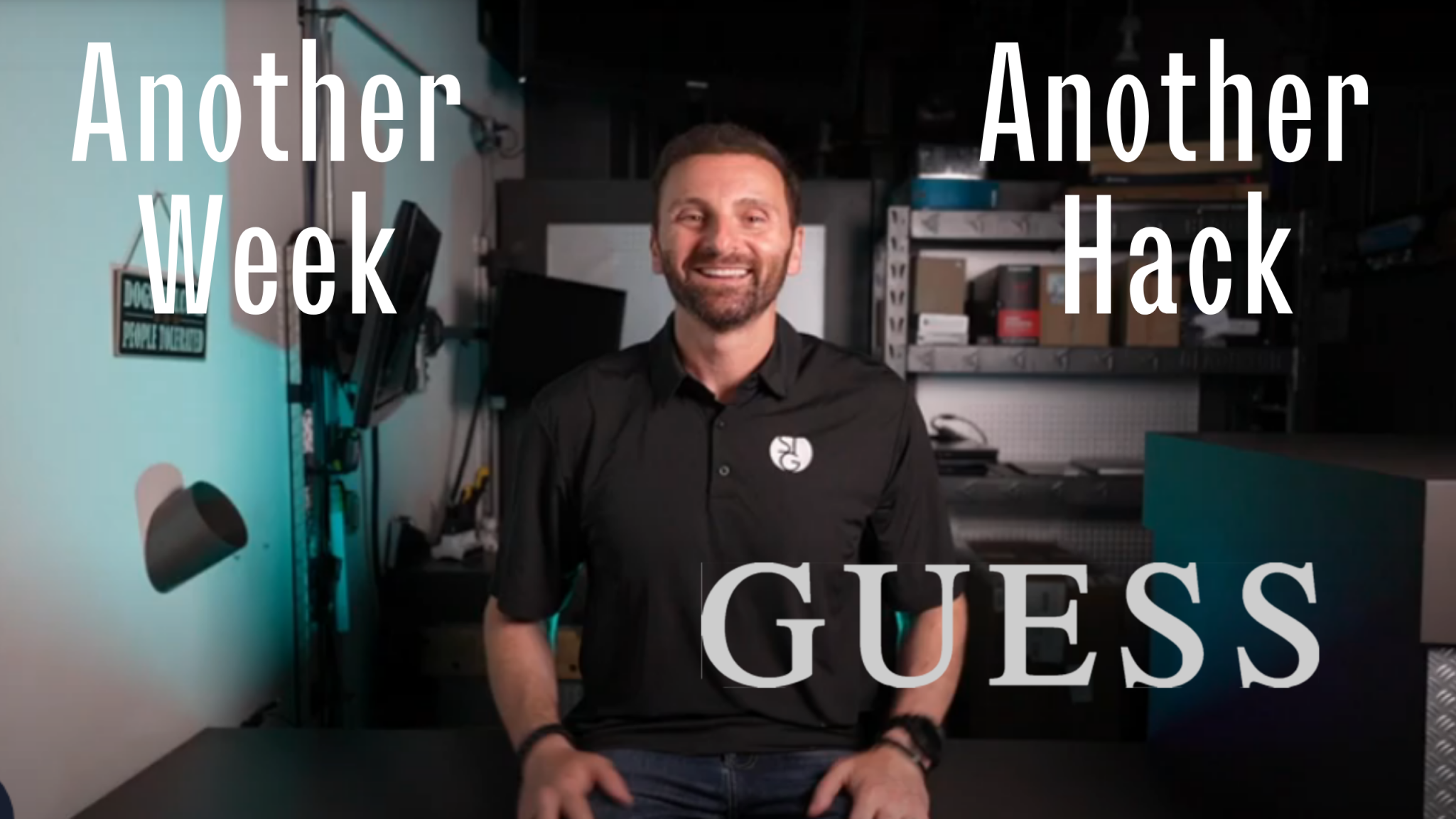 Welcome to the latest installment of “Another Week, Another Hack,” where we’ll do a quick dive into yet another cyber security incident.  This week a prominent fashion brand was hit, and I’ll give you one guess as to who it was… Well?  Yes, that’s right, it was none other than the famous Guess Brand.

So they’ve now confirmed data breaches in which the cybercriminals walked off with quite a bit of confidential data including social security numbers, contracts, passwords, payment details, and a bunch of other stuff no one wants floating out there.

They were breached earlier this year, and the hackers were lurking on their networks for quite some time until they were able to gain access to this confidential data. Reports are stating that the breach occurred sometime in February this year and affected individuals were just recently notified. The details are still not completely clear, but a forensic investigation in May revealed that some personal information may have been accessed by unauthorized parties. Individuals whose information was potentially breached have been subsequently notified.

The potentially affected individuals are getting free credit monitoring, which I guess is better than nothing? No official numbers, but we’re hearing roughly 1,300 possible victims. Guess will be reportedly beefing up information security after this incident. I suppose that’s a good idea, right?

Guess hasn’t revealed much else, but the DarkSide Gang lists Guess on their leaks site, so they might have been the perpetrators of the attack. This is the same bunch who took down the Colonial Pipeline earlier this year, so check out that video if you haven’t had the chance. Guess also claims the breach didn’t have any impact on their operations.

So with little public information, we can deduce a few things.

All in all, not the worst possible outcome. Look, nobody wants to get compromised, but it seems like they managed to neutralize this threat before it went widespread. Guess they were pretty on the ball, right?

So what precautions can you take to further protect yourself from something like this happening to you? I’ve got the three big ones to consider:

Well, that wraps up this edition of “Another Week, Another Hack.” I’d love to hear about what you think in the comments below. Do you have any questions about what companies can do to better secure their environments? Remember to like and subscribe, and I’ll catch you on the next one!

Before you leave, grab our Business Cybersecurity Checklist

Every business needs to expect and prepare for a cybersecurity crisis. Our checklist helps you gauge risk and put plans in place to improve your business's cyber security status.

Read the checklist to find out the next 11 steps you can take to:

Planning ahead can help simplify your recovery and make it happen sooner. Don't wait for a crisis. Start checking off this cybersecurity to-do list today.

Ready to feel confident with your company's cybersecurity?

Please fill out the following information to receive a free cybersecurity checklist: